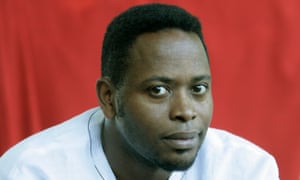 November has proved to be a very terrifying month for the Saro-Wiwa family.

Exactly 21 years ago – on 10 November 1995 – the head of the family, Ken Saro-Wiwa, was gruesomely thrown into an unmarked grave by murderers acting on behalf of one of Africa’s worst dictators, General Sani Abacha, then ruler of Nigeria.

Saro-Wiwa’s family heard the unbelievable news at the same time as the rest of the world heard it. Brutal, callous and insensitive to the demands both of common decency and African tradition – as enlightened well as world opinion – the Abacha dictatorship did not even give the family the opportunity of gazing for the last time upon the remains of a man who had been husband, father and kinsman to them. It was as if the Abacha gang did not regard them as human beings endowed with the same emotional and psychological demands as themselves.

Where, in their heartless actions, was to be found the much talked about fellow-feeling among Africans that had given birth to such concepts as “Ubuntu”?

And now, in November 2016, even as we recall those evil days of man’s inhumanity to man, our loss is multiplied by one of those cruel coincidences with which fate is sometimes pleased to mock us. For who would have imagined that after the unspeakable events of 10 November 1995, Ken’s eldest son and heir; Saro-Wiwa’s baby who, for the past 21years, had been thrust forward to stand in shoes too big for his feet, would, at the tender age of 47, also be lying dead in a grave?

Yes, Ken Saro-Wiwa Jr; was taken from us this November and was buried on 11 November 2016, in London; his life unceremoniously cut short in its prime!

But what does fate care?

As the poet Matthew Arnold put it:

In vain our pent wills fret

And would the world subdue

Limits we dd not set

Condition all we do!

Born into the world we are

And the world must be our mould.

Ken Saro-Wiwa Jr. was moulded by events to live, as he described it himself, “In the Shadow of a Saint”; that is, his father.

Now, it is no easy task living in the shadow of a normal father, let alone a canonised campaigner; a brave martyr whose name is known the world over. At best such a shadow can – as the Americans would put it – “cramp one’s style.” At worst, it can stifle one’s need for self-realisation; stunt one’s growth to one’s full capabilities, as one’s consciousness is constantly dogged by self-pity and even possible depression.

Ken’s singular achievement in life was that he rose above it all. He found and used his own voice. His book, “In the Shadow of a Saint”,[ISBN 00-552-998191-5] shows us that he was so brave intellectually that he confronted and defeated his own demons, and despite all odds managed to evolve a personality that was both warm and cheerful.

He was very empathetic to others, even though the suffering he had endured would have left many individuals with a cold heart. Here is just one example:the last time I saw him, he was walking at the side of a friend in a church in Kensington, London; a friend who happened to have lost his mother. The lady in question was a cousin of mine from Ghana and I asked Ken in surprise (because Ghanaians and Nigerians in London are not known for being close) — “How do you know them?”

If you read his book you will appreciate that Ken had to fight hard to create this personality of his; to be the man he was born to be, not the man he was expected to be. And he did succeed. Marvellously. Mild-mannered and almost self-effacing, he was yet the owner of a sharp intellect that was not afraid to adopt and keep positions that seemed right to him. What the rest of the world thought was not that relevant to him.

For instance, in recent years, he accepted an invitation to work with the Nigerian Government, where a lesser man would have emotionally spurned the advances of any regime from that country. After all, there was a real possibility that the mere mention of the term, “Nigerian Government” could remind him of the trauma that one of its predecessors had inflicted upon him and his family by murdering his father in cold blood..

Yet if one applies a little common sense to the matter, one should face this question squarely: was it not sensible to be pragmatic enough to work with the most powerful entity in one’s country of birth to try and end the desecration of the environment in Ogoniland that had so enraged his father that he had sacrificed his very life to try and stop it? If his son had got the opportunity, under changed circumstances, to carry on the campaign from within the Nigerian Government, was that not a gain for his people who had suffered for so long with their voice unheard or distorted if and when it was given any attention?

Had Ken been one of those creatures whose thinking is done with a finger wagging arrogantly in the face of the opposition, he would have built an impenetrable wall between himself and Nigerian governments of any hue. But he did not do so, and thanks to his efforts and those of others, although the evils of the past have still left their horrific scars on the Ogoni environment, a beginning has been made to put things right. At the very least, the parameters of full restitution have now been determined and Ogoniland shall –hopefully – be spared from further distress from the destruction of its people’s livelihood through blatant environmental degradation.

Apart from his cold intellect or perhaps because of it, Ken possessed a prodigious energy that enabled him to produce journalism of a very impressive quality, both in Britain and in Canada. He also enjoyed teaching at the University level. His students must have been very lucky indeed for he was so honest that I have no doubt he would have shared with them, experiences that would have been completely out of their reach but which he thought would enrich their thinking.

Alas, we cannot hear his measured tones any longer. Nor can we bask in the warmth of his brilliant smile and good humour. But we shall always never forget him. I wish his wife Olivia and two sons well. And I salute his brave mother and his siblings. All of them should be comforted by the fact that their loss is also the loss of the whole continent of Africa. For ours is a continent that needs multiple examples of the type of courage that enabled the Ogoni people not to flinch when faced with the ruthless “kill-and-go” mobsters of one of the world’s most powerful corporations and its governmental henchmen. The Ogoni will go down in history for ever as a people who were prepared to give their lives to protect the environment bequeathed to them by their ancestors; an environment which Nature gifted to them; an environment that is fit to live in; to love in; and to prosper in. All people everywhere have the right to protect and preserve such an environment and Africans everywhere owe it a duty to the Ogoni to thank them for showing them how it can be done.

Permanent link to this article: http://cameronduodu.com/uncategorized/obituary-of-ken-saro-wiwa-jr