“Obama, do something before you go!”

HAS POLITICS IN GHANA BECOME TOO PERSONALISED? 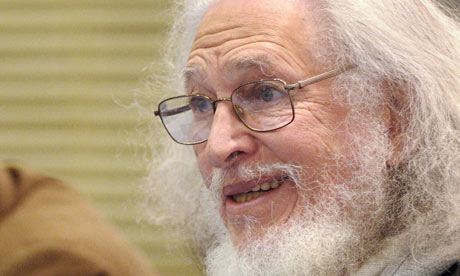 Brutus remained an activist well after the fall of his country’s racist system. Photograph: Anonymous/AP

Dennis Brutus, the poet and anti-apartheid activist, who has died aged 85, had no business reaching that ripe old age. In 1963, he was shot in the back at point-blank range in broad daylight by a white policeman in the streets of Johannesburg.

Brutus told me later in an interview for South Magazine that he did not realise, at first, that he had been shot. He was in the hands of the authorities after trying to flee South Africa via the Mozambique border, where he had been caught by Portuguese secret police and handed back. In Johannesburg, he saw a chance to make a run for it and took it. “I think the policeman deliberately left me unguarded, in the hope that I would try to run away,” he said. “I did. And he shot me.”

Brutus felt warm blood trickling down his leg. At the same time, he began to lose strength. He fell down “just outside the Anglo-American building” and lay there, bleeding, for more than half an hour. The police said they were waiting for an ambulance “that carried blacks”, because all those available were for “whites only”.

He later mused: “I was lying there in the plain view of all those corporation types, busy carrying on amassing wealth from the gold dug out of the bowels of my country. One look out of the window must have enabled them to see that a fellow human being’s life was ebbing away a few yards from them. But nothing happened. It was business as usual.”

By some miracle, Brutus survived. He was charged with breaking a “banning order” imposed on him in 1961, and sentenced to 18 months’ imprisonment. He served his time at Robben Island, where his cell was next to that of Nelson Mandela, with whom he broke many a rock.

It was sport that had propelled Brutus into politics and nearly ended his life prematurely. He was born in Salisbury (now Harare, capital of Zimbabwe), but his South African parents, who were teachers, returned home when Brutus was five. Educated in Port Elizabeth, he entered Fort Hare University on a full scholarship in 1940, graduating with a distinction in English. He also enrolled at Witwatersrand University to read law, but imprisonment put an end to that.

While working as a teacher, Brutus noticed with repugnance that non-white sportsmen were being denied national recognition, even when they were better than the lionised whites. He began to work against this through the Teachers’ League and later, the South African Sports Association, which he co-founded in 1959. Undaunted by his initial failure to make an impact, Brutus helped to set up the South African Non-Racial Olympic Committee (San-Roc) in 1962 and, as its first president, got South Africa excluded from the 1968 Mexico Olympics and expelled from the Olympic movement altogether two years later.

But by that time, Brutus, like other campaigners, had been arrested and jailed, then banned from engaging in political work. He was forced into exile in 1966, and spent four years in London working for the International Defence and Aid Fund. In 1971, he left for Northwestern University at Evanston, Illinois, in the US, then went to Pittsburgh University as chair of the department of African studies (1975-78).

Brutus continued his anti-apartheid activities in the US and, when the Reagan administration – which was extremely sympathetic to the apartheid regime in South Africa – took office, it began proceedings to deport Brutus. But a Dennis Brutus Defence Committee was formed, which tirelessly solicited protest letters to the US administration from, among others, speaker Tip O’Neill of the US House of Representatives and at least one senator, as well as the Guild of Writers. On 7 September 1983, the deportation was quashed.

A dozen collections of his poetry were published, starting with Sirens, Knuckles, Boots in 1963, while he was still in prison. Somehow We Survive, which provided the title for a 1982 anthology, makes a characteristic link between the political and the personal: “All our land is scarred with terror, rendered unlovely and unlovable; sundered are we and all our passionate surrender / but somehow tenderness survives.”

Brutus revisited South Africa in the 1990s, and spent his final years there. However, those in charge of the South African Hall of Fame made a huge mistake when they tried to add him to their roll of honour. As he put it: “I cannot be party to an event where unapologetic racists [who belong in a hall of infamy] are also honoured . . . It is incompatible to have those who championed racist sport alongside its genuine victims.”

Brutus married May Jaggers in 1950. She and their eight children survive him.

Permanent link to this article: http://cameronduodu.com/uncategorized/obituary-of-dennis-brutus-poet