THE GHANA GOVERNMENT’S ACCEPTANCE OF EX-GUANTANAMO DETAINEES IS RECKLESS

Long ago, I regarded places like Iceland and the North Pole as exotic localities plastered with massive sheets of ice that dared human beings and animals alike to try and make their habitat there.

I couldn’t understand the Eskimos. Why did they choose to live in places like that? Alaska was so ”useless” to Russia, which once owned it, that it sold the whole country to the United States! The agreement for the sale was reached on March 30, 1867. The price paid by the US for Alaska was $7.2 million. The Treaty was negotiated and signed by US Secretary of State, William Seward and the Russian Minister to the United States, Edouard de Stoeckl.

It now turns out that these forbidding landscapes covered in ice may decide the future of mankind on Planet Earth. For the ice on them – especially the ice in glaciers formed around mountains – is melting. And if all of it melts, the huge tonnages of ice will turn into water, and flow into the oceans of the world. And the new amounts of water will flood the oceans. The floods would be carried everywhere by sea-currents and tides.

It isn’t only the oceans that will flood when the glaciers melt. Many glaciers are the source of huge rivers, such as those beneath the Himalayas mountains. So Planet Earth will be assaulted with voluminous amounts of water both from the sea and from the “land”. A pincer movement of water will encircle the globe and make the Biblical flood which gave rise to the building of Noah’s Ark look like child’s play. Everything that contains life on Planet Earth will simply be drowned and die. (See:

The melting of the glaciers will be the most dramatic demonstration that what is called “global warming” has taken place on earth. Global warming has been detected by scientists for at least 50 years. But because huge industries depend for their survival on the sale of petroleum, fertilisers and other products that send emissions of carbon into the atmosphere to eat up the ozone layer and cause global warming, many of the scientists found themselves punished for pointing to the dangers of global warming.

Scientists were bribed to keep silent. Others were threatened with dismissal from their jobs, which “captains of industry” could occasion by exerting tremendous pressure on the institutions that employ them. Nevertheless, some very brave scientists defied threats and ridicule to warn the world about the “greenhouse effect” that was being created in the earth’s atmosphere by carbon emissions.

When the scientists appeared to be winning the ear of powerful politicians who could take action against the causes of global warming, the captains of industry changed tactics. They now formed

lobby groups which supported politicians to be elected into office. A whole political industry, aimed at denying the possibility that global warming exists and poses a threat to the future of Planet Earth, came into being. Politicians and journalists were recruited into this lobby, and because huge sums of money was paid to its members – usually in a clandestine manner– that lobby has succeeded in thwarting any attempt to reach an international agreement to halt global warming.

But it appears that the argument has now shifted to economics. One of the most lucid expositions of the economic argument, vis-a-vis global warming, appeared in a newspaper that can be relied upon to bat for the lobby that argues against anything that can halt global warming. It was the London Daily Telegraph. An article entitled

“We have failed to prevent global warming, so we must adapt to it”, published by the paper on 17 February 2014 – said:

QUOTE: “We’ve spent 25 years trying to prevent global warming, and have barely scratched the surface. So we must adapt to it.

“There are many interesting questions one can raise about how climate scientists and economists model both climate change and the human contribution to it. But I’m … going to take as a given that global warming does exist and has many accepted, worrying effects…

“It is interesting to enquire initially just whose job is it to tell us how to respond if we believe climate change is happening and materially human-induced. When various clever non-scientists raise concerns about climate change models, they are waved away by specialists in the area, told that these are proper scientific questions for proper scientists. Yet all too often scientists fail to apply the same rules to themselves. The issue over whether there is global warming and what the human contribution to it might be is – at least to a material extent – a scientific question. But whether we should do anything about it and, if so, which of the available technical options is best to adopt, is emphatically not a question for scientists. Instead, it is a question for economists…

“For any ongoing event, there are at least five kinds of potential policy responses: ignore, accelerate, prevent, reverse or adapt. Assuming we do not wish to accelerate or ignore global warming, the three relevant options are reversal, prevention (called “mitigation” in the climate change jargon) or adaptation.

“For 25 years the main approach politicians have discussed has been prevention… In the late 1980s and early 1990s it seemed plausible that prevention (or even reversal) was a genuine option. We had great successes with limiting sulphur emissions causing acid rain, chlorofluorocarbons (CFCs) destroying the ozone layer and (earlier) smoke that had caused the famous fogs of London.

Yet, the past 25 years have taught us that our scope, capacity and will to prevent climate change by limiting CO2 emissions is much less than was the case for these other pollutants….

“Even if prevention were feasible, standard policy analysis suggests it would be a terrible idea. Already, according to UK government criteria, it is rare to find a global warming mitigation policy that comes anywhere near having benefits that match costs….. The economics of trying to prevent global warming has simply never added up”.UNQUOTE

But the question the world must ask itself us thus: can such a calamitous prospect – the undoubted destruction of Planet Earth – be approached from an economic point of view? That is the crux of the issue facing the delegates who have congregated in Paris. The developing countries are arguing that their economic development will be retarded unless they are allowed to pollute the earth as much as the industrialised countries did, when they embarked upon building up the manufacturing capability that has enabled them to dictate the terms by which they trade with the rest of the world.

Personally, I find the preponderance of economic arguments on climate change distasteful. For what it means is that the salvation of the earth must be COST-EFFECTIVE! But what price can we place on the destruction of our own habitat?

Of what use will industrialisation be to the developing countries, if in becoming industrialised, they destroy the earth? Just look at the way people in China are being forced to wear facial masks every now and then, because atmospheric pollution has made unfiltered air dangerous to breathe in? Yes, China is a major industrial giant and will become even more powerful in future. But where will be the future good of its people?

India is also trying to catch up with China. And African and Asian countries want to follow India.

It is a competition that leads to death – death for everyone,whether they live in an industrialised country or not.

The emphasis, then, should be on how to drastically change the patterns of production in both the industrialised countries and the developing countries, so as to save the Planet as a whole. We cannot partition the atmosphere, So we sink or swum together,

In other words, it is a MORAL issue.

If the developing countries allow themselves to be diverted into economic considerations by the sharp-talkers of the industrialised countries, we shall always remain at Square One.

And one day, we shall wake up to find that our habitat has become completely toxic. Remember how the “Great Powers” nearly destroyed Planet Earth with atmospheric tests of thermonuclear weapons? They can do it again – by defeating attempts to eliminate global warming, with abstruse economic theories.

Please spare a moment to click on the links below and absorb the reality of what the world is up against. The videos should make one want to pick up everyone who advances the economists’ argument and give him/her a slap or two! 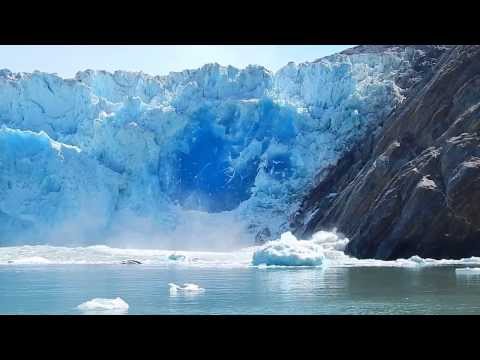 Permanent link to this article: http://cameronduodu.com/uncategorized/mankinds-mad-march-into-extinction